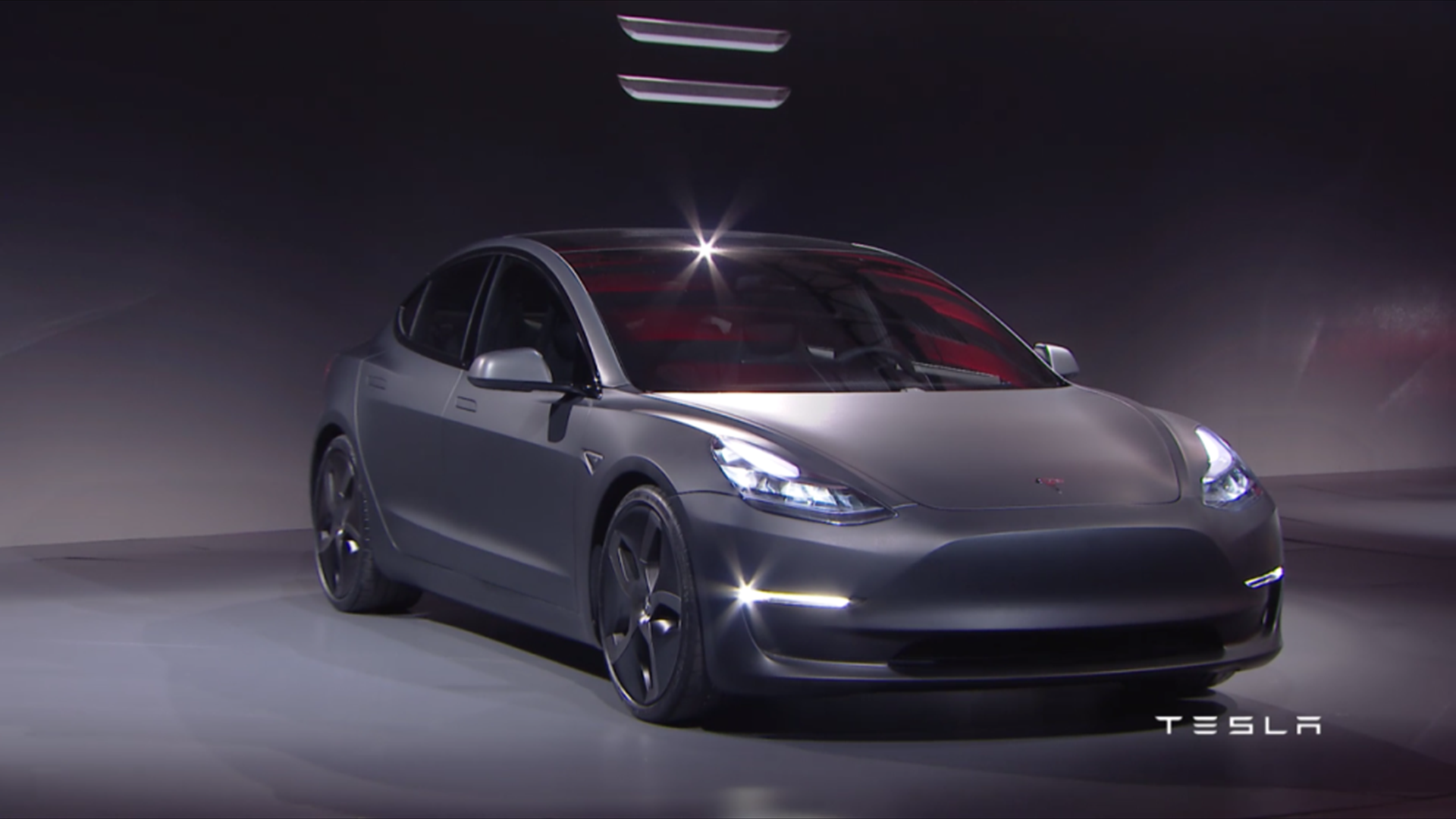 Tesla is, without a doubt, one of the most divisive stocks of our time. Based on a 1-year chart, the stock prices ranges from $500+ to $1200+. However, the company has definitely turned around its loss-making status and has posted a number of good revenue and profit results. Hence, lets take a deep dive into its stock and evaluate both its financial and business

Over the previous three years, Tesla has been a fantastic investment for many investors. Since 2019, its stock has risen 1440%. However with news of rising interest rates and war fears, growth stocks have taken a beating in recent months. Tesla’s stock price was also not spared and has dropped 33% from its high.

Even at its present share price of $806.50, the firm has a market capitalisation of $830 billion. This is greater than the total market capitalisation of the world’s nine major carmakers. However, Tesla only accounts for less than 1% of global car sales. So, what makes Tesla’s valuation so high? How does it compares to the other tech players like Alphabet and Meta? Is it a good time to buy now that it has fallen from its peak?

Tesla Motors was formed in 2003 by Martin Eberhard and Marc Tarpenning. Elon Musk invested heavily in 2004 and became the company’s largest stakeholder and chairman ever since. The company’s vision is to accelerate the transition to sustainable transportation and energy through electric vehicles and solar energy. Tesla has sold over 2.3 million electric cars through its Model X, 3 and Y vehicles. These sales has propelled the company to become one of the most well-established EV companies in the world. In addition, Tesla Energy is also a prominent photovoltaic system installer in the United States. As of 2021, the company has installed over 3.99 gigawatt-hours and became the leading suppliers of battery energy storage systems.

Each of Tesla’s two main business divisions, Automotive and Energy generation and storage, has its own unique revenue model. Vehicle revenues, regulatory credits, leasing revenue, and services are the primary categories for the Automotive Business. Sales and leasing of solar energy generation items and sales of energy incentives contribute to the Energy business.

Tesla has created a moat out of platform network effects by developing a complex ecosystem of products. Tesla’s Electric vehicles sit at the core of its ecosystem of products. However, the company has since developed advanced software, charging stations and other complementary products like in-home energy storage. Till date, Tesla owns the largest fast charging network in the world, with over 30000+ superchargers. Selling electric cars makes sense only if drivers can readily charge them. However, investing in a charging network only makes financial sense if there is a large enough base of electric vehicles. Hence, Tesla is addressing this “Chicken and Egg” issue by simultaneously building both Electric vehicles and charging stations. Furthermore, through its Energy business, it also provides solar roofs, solar panels, and Powerwall home batteries. These complementary products further reinforce Tesla’s sustainability-focused branding and making it more appealing to customers.

In terms of software, Tesla is also ahead of the competition. Currently, the self-driving software is still unable to provide the full autonomy that CEO Elon Musk has promised for years. However, it is still way ahead of other legacy automakers in terms of its technology. The company has pioneered over-the-air (OTA) software updates, which can increase range, braking, power, and driver-assistance features. Most Legacy automakers are still catching up as their OTAs updates are focused mainly on maps and other “infotainment” features.

Tesla’s Full Self-Driving Beta (FSD Beta) is an early version of the company’s self-driving software. Currently, it is being tested by a selected group of Tesla owners who were chosen based on their “safety test score.” The FSD Beta software allows the automobile to drive itself but the driver are required to stay alert at all times. Despite its name, it is still classified as a level-two driver-assist system based on the six levels of driving automation. This is because the driver is still responsible for taking control of the vehicles if necessary. There is still some time between where the software is at till it becomes Full Self-Driving (Level 5).

Prices of battery materials like nickel reaching new highs due to supply concerns sparked by the Russia-Ukraine conflict. As a result, Tesla’s in-house battery production has become a cornerstone to its growth. Their plan is to reduce the cost of battery by half as battery is the most expensive component for any electric vehicles. Tesla has plans to spearhead a new manufacturing technique known as dry electrode which was acquired from Maxwell Technologies. Currently there are still concerns with the scalability and safety aspects of this technology. However, if Tesla can successfully overcome the issues, they will dramatically reduce the cost of producing Electric vehicles.

In September 2020, Tesla unveiled its D1 chip, which make its Dojo supercomputer the world’s fastest AI training machine. Dojo is slated to launch in Mid 2022 which paves the way for new cloud computing options. Elon Musk predicts that Tesla would eventually offer AI training as a service. This D1 chip could also accelerate Tesla’s goal of full autonomy. This is line with the company plans to launch an autonomous ride-hailing service which could happen as early as 2022. The autonomous industry is a lucrative market that Tesla is keen to be a part of. ARK Invest estimates that the market for self-driving cars would be worth $2 trillion per year by 2030.

The speed to build factories will determine Tesla’s capacity to boost production of their vehicles on a consistent basis. The construction of these factories are subjected to risks which include supply chain constraints, employment and regulations. As of today, Tesla has just built a new Gigafactory Berlin outside of the Fremont and Shanghai. There are plans to build newer factories in the future but the company has to weigh the risks that comes with it.

Today’s global automotive market is fiercely competitive, and it will only get fiercer in the future. For example, the Model 3 and Model Y face competition from both established and new automotive makers. In Europe, China, and USA, a large number of established and new automobile manufacturers have entered the EV market. Tesla has to stay at the top in both their vehicles and technology to maintain market share in the EV market.

Tesla’s automobiles and energy products are largely reliant on the continuing supply of lithium-ion battery cells. For now, they rely on Panasonic and Contemporary Amperex Technology Co. Limited (CATL) as their key battery providers. As Tesla currently only has limited suppliers, any disruption in the battery supply could limit their production. Hence, Tesla intends to produce their own battery cells in the long run. However, this will necessitate huge investments, and there is no guarantee it will succeed.

Government incentives, such as tax exemptions, credits, and rebates may be lowered at any time. For example, with lesser EV incentives available in Canada this could disincentive users to switch to EV. Certain government may be also implement regulations to incentivise manufacturers who assemble locally which may be disadvantageous for Tesla. As a result, the company have to be aware of legalisation in the nations they operate in and use them to their advantage.

Elon Musk, Tesla’s CEO plays a significant role in the company and spends a considerable amount of time with Tesla. However, he does not devote his whole time and attention to the company. At the same time, Mr Musk is also the CEO of Space Exploration Technologies and other emerging technology ventures. Hence, it could be a risk to Tesla if Mr Musk decides to leave Tesla and pursue his other ventures.

The majority of Tesla’s 2021 revenue still predominantly comes from their Automotive and Services which stands at 94.8%. Their Energy Generation and Storage business accounts for the remaining 5.2%.

Because of the maturity of EV markets and strong government support, Tesla’s revenue in regions like the United States and China are considerably larger. This explains why ~70% of Tesla’s revenue comes primarily from the US and China regions.

When evaluating the financial state of a growing firm like Tesla, we must assess key financial ratios such as Revenue Growth, P/S, P/E, Gross Margin%, Operating Margin%, and FCF.

Price to Earnings ratio may not be the best measurement for growth stocks like Tesla. This is because it lacks a considerable number of profitable quarters to analyze its P/E ratio.

Tesla and its products, such as Model 3, Model S, Model Y have become synonymous with “Electric vehicles” today and definitely one of the benchmark EV brands in the market. Tesla’s P/S ratio is 14.57 at a stock price of US$770 (as of 14 March 2022), which is slightly overvalued for an industry leader with space to grow. By 2030, the global electric vehicle market is predicted to increase at a CAGR of 18.2percent, reaching US$823.75 billion. Furthermore, Ark Invest estimated that the global self-driving vehicles industry is predicted to be worth $2 trillion per year by 2030. With these strong growth in EV industries, Tesla is poised to continue growing and be a key player in the Electric Vehicles and Self-driving vehicles industry for the foreseeable future.