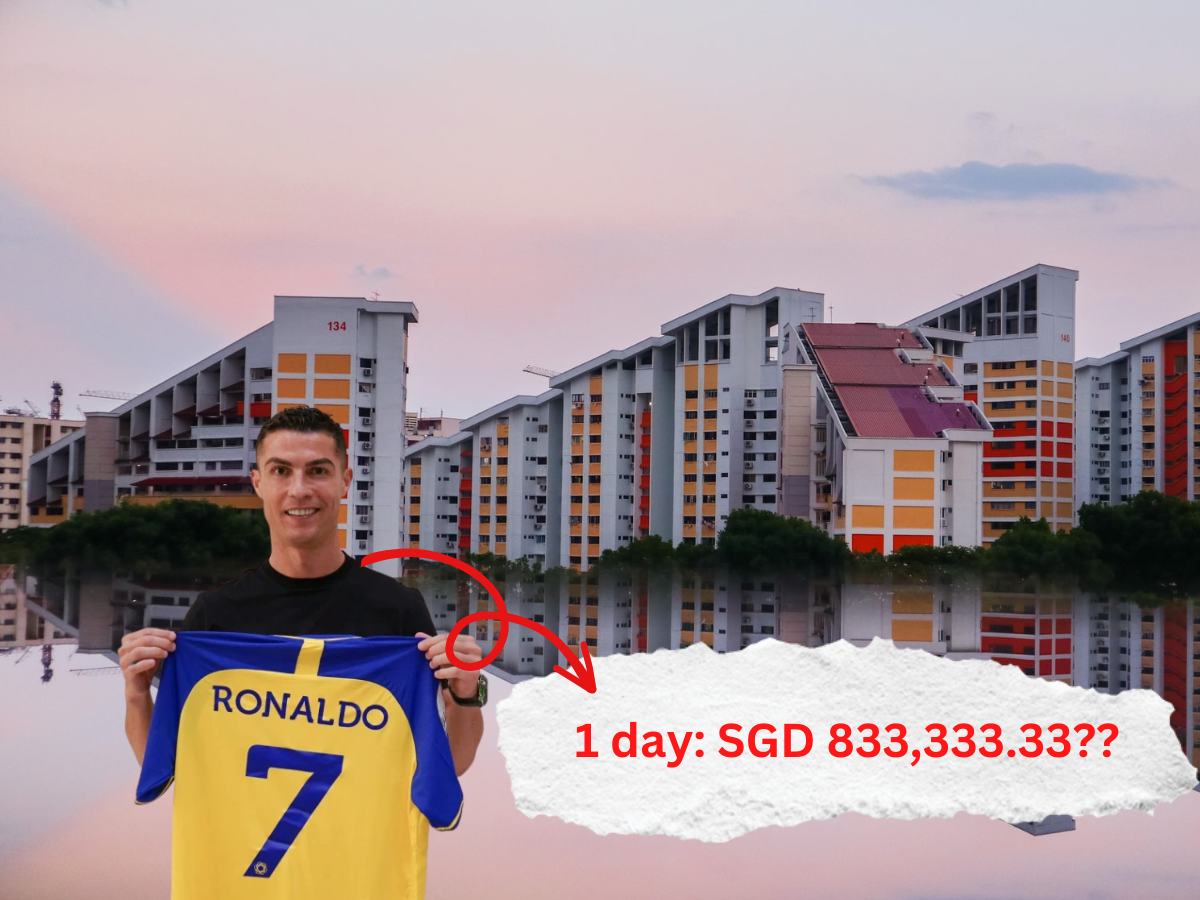 How much is Cristiano Ronaldo making? Take a guess. I was truly shocked to find out he will be able to afford a HDB flat everyday….

Do you know? The Portuguese’s striker’s deal with Saudi Pro Lego will run for 2-and-a-half years through to June 2025.

Thus, how much do you think he is earning a year?

CBS Sports reported that the former Real Madrid and Juventus superstar will receive £62m for playing football and £111m for commercial deals and image rights. Hence, this equates to a total of £173m at his new club.

Hence, to put this into perspective how much he is making.

How crazy is Cristiano Ronaldo’s salary?

How crazy is that? This crazy amount is considering he is working 24/7. Which obviously he doesn’t!

While, if you actually count the amount of minutes he actually plays soccer. It will be even more crazy for each minute he is playing on the pitch.

Imagine being able to fully pay a HDB every single day in cash.

That’s how much he is earning…crazy…

For some of us, we take our whole lives to even buy a HDB, and on the other side of earth, one is able to buy in a day!

Life is not fair, and never fair. Thus, what we can do is make the best out of it. There is no point constantly comparing each other’s salaries. Personally, we feel being happy is something no amount of money is able to justify. Hence, just enjoy your life and embrace it.

In addition, if you do like the finance matters we share, check out our other latest articles. Trust Bank Referral, CIMB Credit Card Deals and Putting together a Financial plan for 2023.