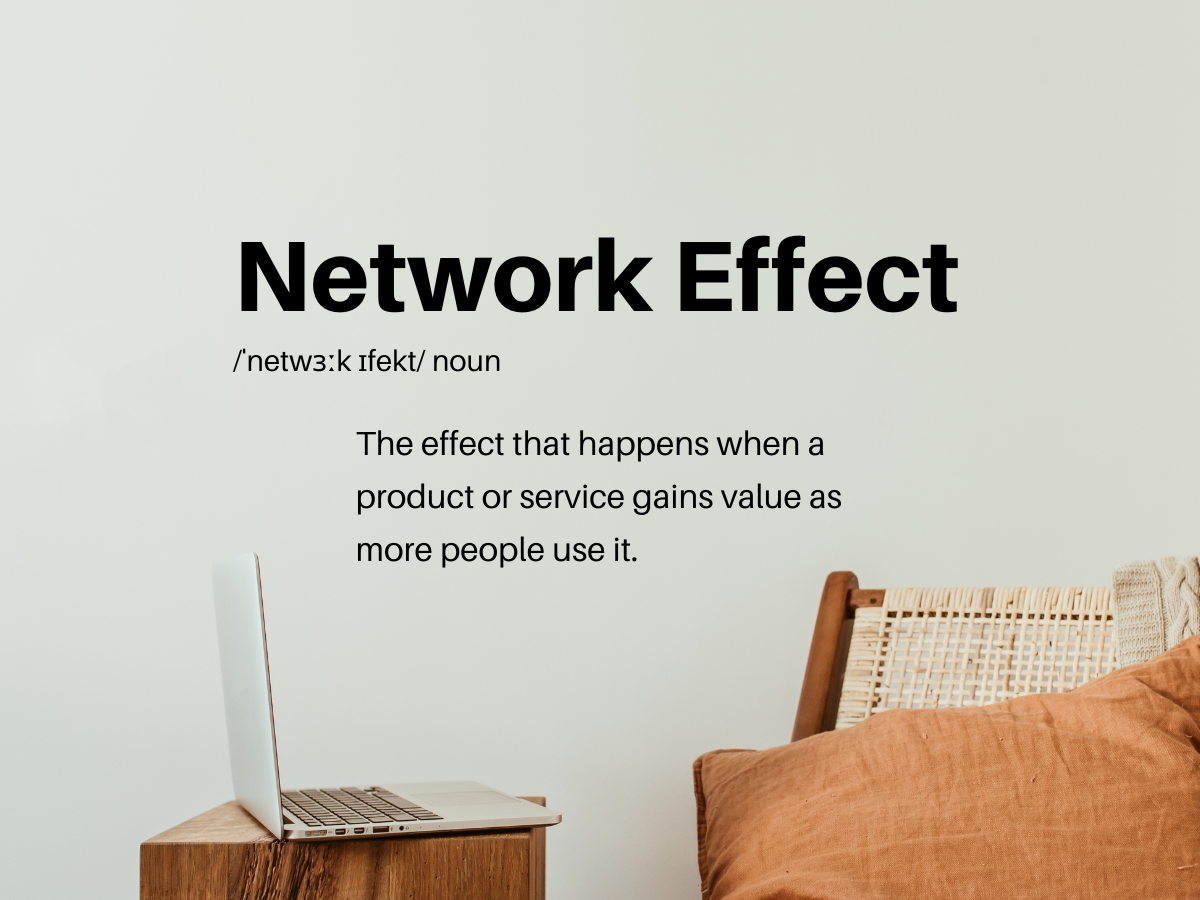 The network effect is a phenomenon whereby a good or service becomes more valuable when more people use it, such as Facebook and LinkedIn.

The network effect is a phenomenon whereby a good or service becomes more valuable when more people use it. The network effect can also be seen with online social networks such as Facebook and LinkedIn. The more users these platforms have, the more valuable they are to each individual user in terms of the number of potential connections that can be made. The network effect is often cited as a reason for why it is difficult for new companies to compete with established ones in many industries. This is because the established companies have already amassed a large number of users, making it difficult for new companies to get enough users to make their products or services competitive.

One well-known example of the network effect is Facebook. The social media platform became increasingly valuable as more and more people joined and used it. This is because the more people who were on Facebook, the more useful it became as a way to connect with friends and family. The same can be said for other popular platforms like Snapchat and Instagram.

In short, the network effect is all about how businesses and products become more valuable as they gain users. This is why it’s so important for companies to focus on growth early on in their development – because the more users they have, the greater their chances of success.

How the Network Effect Works

At its most basic, the network effect is simple: The more people who use a product or service, the more valuable it becomes. This is because the value of a networked product or service increases as more people join it. For example, the value of Facebook lies in the fact that all your friends are on it; if all your friends were on a different platform, Facebook would be much less useful to you.

The Benefits of the Network Effect

The benefits of the network effect are numerous. They include:

When a product or service has a large number of users, it becomes more visible and can be found more easily by new potential users. This increased visibility can lead to even more users, and so on.

With more users comes more data. This data can be used to improve the product or service, making it more appealing to even more users.

As mentioned above, with more data comes the ability to improve the quality of the product or service. Additionally, a larger user base typically leads to more feedback, which can help identify areas for improvement.

A product or service with a large number of users is likely to see greater engagement from those users. This could take the form of increased usage, better reviews/ratings, or even word-of-mouth promotion.

In some cases, the network effect can lead to reduced costs for both the provider and the user. For example, a social media platform with millions of users can sell ads at a lower cost per impression than a smaller platform. This is because advertisers know that their message will be seen by a larger audience. Similarly, a ridesharing app with a large number of drivers in a given city can charge lower fares than its competitors because it has less need to pay

The Disadvantages of the Network Effect

The main disadvantage of the network effect is: Concentration of power within a given market. This can create barriers to entry for new firms looking to enter the market. Moreover, this might potentially stifle innovation and competition.

Additionally, the network effect can also lead to a “winner takes all” dynamic. Hence, the firm with the largest network enjoys a disproportionate share of the market.

Network effect is a phenomenon whereby a good or service becomes more valuable when more people use it. This is because the good or service can be used in more ways and/or by more people when there are more users. The network effect can lead to increased reach, more data, improved quality, greater engagement, and reduced costs for the provider. However, it can also lead to a concentration of power within a given market, which can create barriers to entry and stifle innovation.

If you are keen, check out our other latest articles. Trust Bank Referral, 10 key things about LendLease REIT and Best Events happening this week (14th Nov – 18th Nov).

What are Asset Classes?

What is Economies of Scale?

The Best Nov Events Happening In The Market This Week

What is Hurdle Rate?