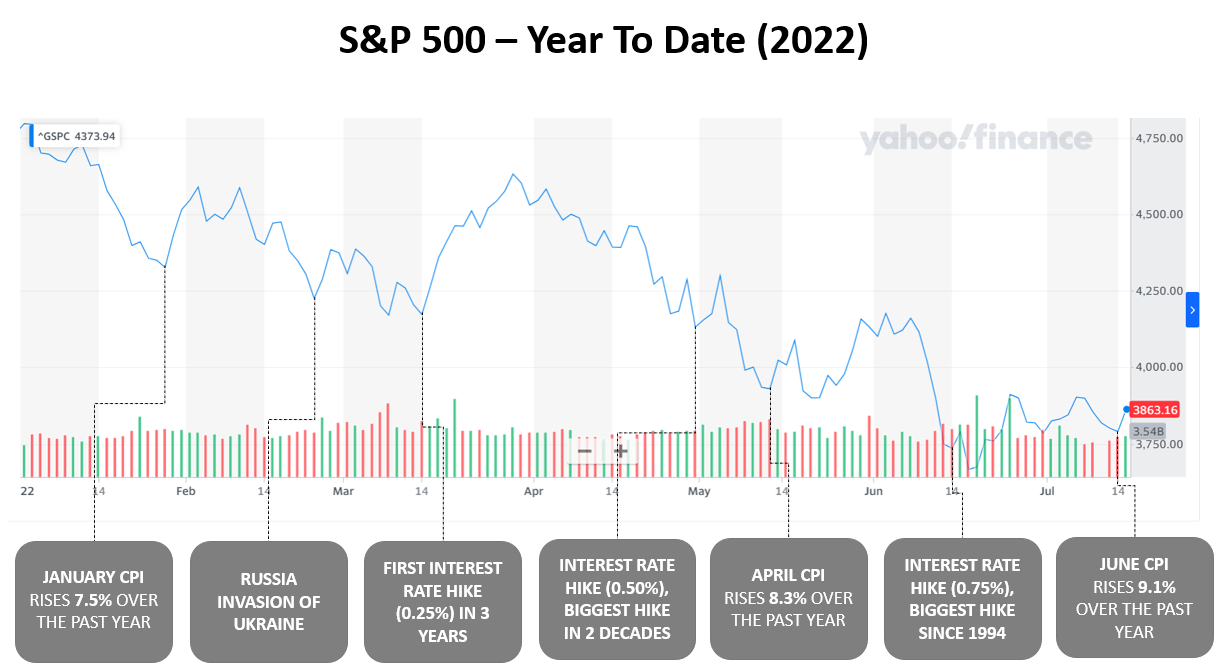 2022 was nothing but spectacular for the world. Long gone are the days where the Fed would “print unlimited” money just to boost or sustain the economy’s growth.

The inflation spike of 2021-2022 is a time of significant economic inflation driven mostly by supply constraints caused by the COVID-19 epidemic and the Russian invasion of Ukraine, along with strong consumer demand. As a result, several nations throughout the world have seen their greatest inflation in decades, prompting central banks to raise interest rates.

Let’s uncover some of the key economic information we have been through in 2022:

Looking at the big picture, we can see a slight dip in 2022 compared to the rich history of the S&P 500. We all know that, in the long term, the stock market tends to increase. This could be mainly due to several factors such as: population growth, economic growth, inflation as well as the best 500 companies which made up the S&P 500.

We have seen countless people who try to time the market and fail miserably. There is countless research out there which shows how Dollar Cost Averaging is a much superior strategy than Timing the Market. This is because no one really knows where the bottom of the market is. Thus, we can’t accurately predict the market.

If you were to ask whether the stock market will fall further from where we are? No one knows.

If you are interested in reading more articles, here are some: OCBC Stock Analysis, low-commission broker we use, and DBS Stock Analysis. What do you need to know before buying ETFs?

Your SELF-WORTH is not your NET WORTH

How to prepare your Portfolio in times of recession?

Busting Myths! 3 – You can TIME the market