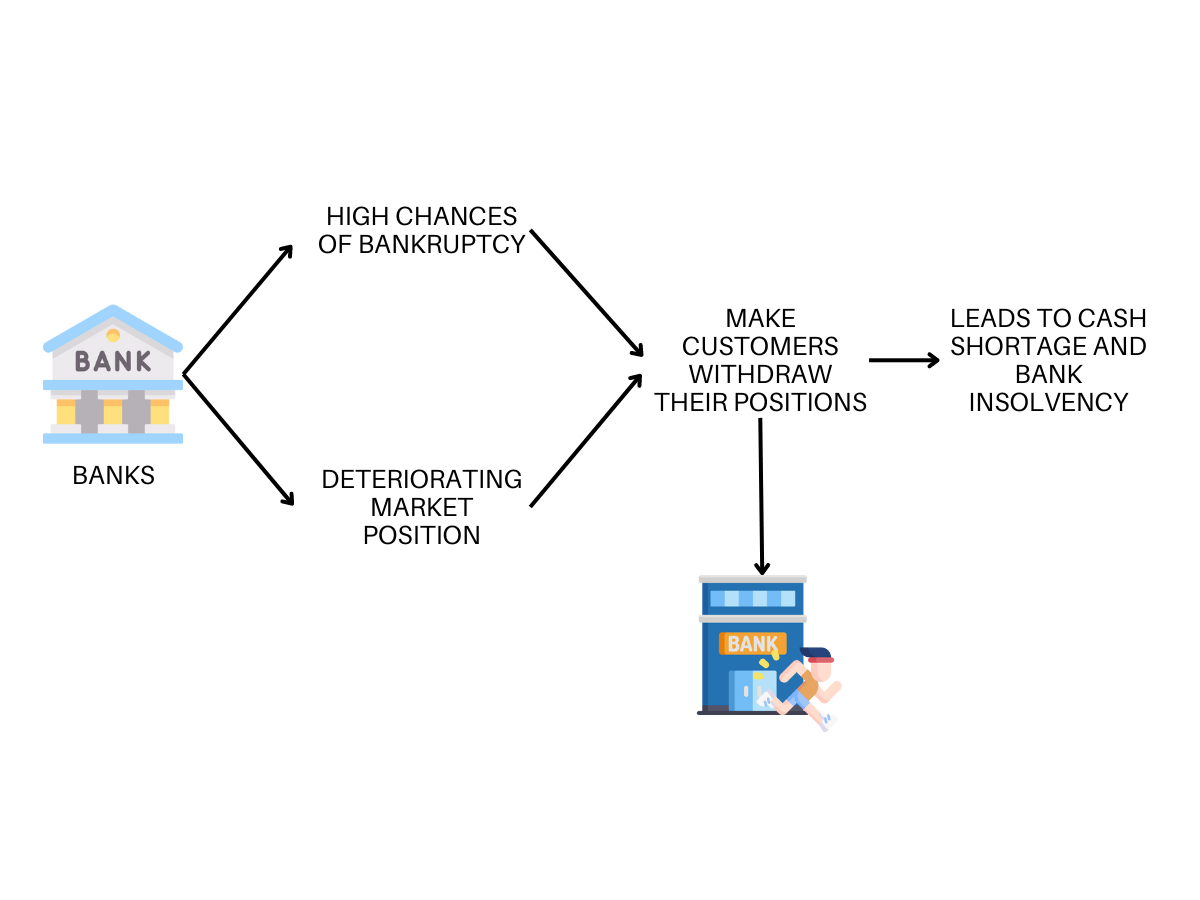 A bank run is when a large number of people withdraw their money from a bank all at once because they think the bank is about to fail.

A bank run is when a large number of people withdraw their money from a bank all at once. This is because they think the bank is about to fail. It’s basically a panic that can quickly lead to the downfall of a bank. Banking is built on trust—the trust that your money will be there when you need it. But when that trust is broken, it can trigger a domino effect that leads to a full-blown bank run. In this blog post, we will explore what a bank run is. We will also discuss some of the historical examples of bank runs and their devastating effects.

The History of Bank Runs

Between the late 1800s and early 1900s, bank runs were a common occurrence in the United States. They typically happen when a bank is suspected of being insolvent (unable to pay its debts). It could also be when depositors become worried that the bank might become insolvent.

As news of the bank’s troubles spread, more and more people would come to the bank to withdraw their money. This would cause a “run” on the bank, as everyone tried to get their money out at once. The run would often force the bank to close its doors, as it did not have enough cash on hand to meet all of the withdrawals.

Bank runs could also happen if people simply become panicky about the economy. These “panic runs” often had no basis in reality, but they could still do serious damage to a bank.

Today, banks are much better regulated and monitored. Thus, runs on banks are much less common than they used to be. However, they can still happen from time to time if there is a sudden loss of confidence in a particular financial institution.

When a bank run happens, it’s because the people who have money deposited in the bank lose faith in the institution. This can happen for a number of reasons, including rumors that the bank is insolvent or about to fail. When enough people withdraw their money from the bank, it can trigger a domino effect. Hence, this will lead to even more people withdrawing their money. This could ultimately cause the collapse of the bank.

How to prevent Bank Run?

So, how can we prevent bank runs?

There are a few things that can be done:

One way to help prevent bank runs is to improve communication between the bank and its customers. Customers need to feel like they are kept in the loop banks are being transparent with their operations. When there is a lack of communication, rumors can start to spread. This could lead to a loss of confidence and eventually a run on the bank.

Another way to reduce the risk of bank runs is to require banks to have more capital on hand. This means that they would have more resources available to pay back depositors in the event of a run. This would help restore confidence in the institution and hopefully prevent future runs.

Early warning systems can help identify when a bank may be at risk of failing due to a run. This information can then be used to take corrective action before it’s too late. Such systems typically monitor things like deposit flows, loan growth, and asset quality.

Finally, strengthening regulation and supervision of banks can help reduce the likelihood of runs happening in in the first place. This includes things like implementing stricter capital requirements and increasing the frequency of audits and examinations.

If you are keen, check out our other latest articles. Trust Bank Referral, How I would invest $10,000 during this crash and Best Events Happening In The Market This Week.

What are Asset Classes?

What is Economies of Scale?

What is Network Effect?

The Best Nov Events Happening In The Market This Week