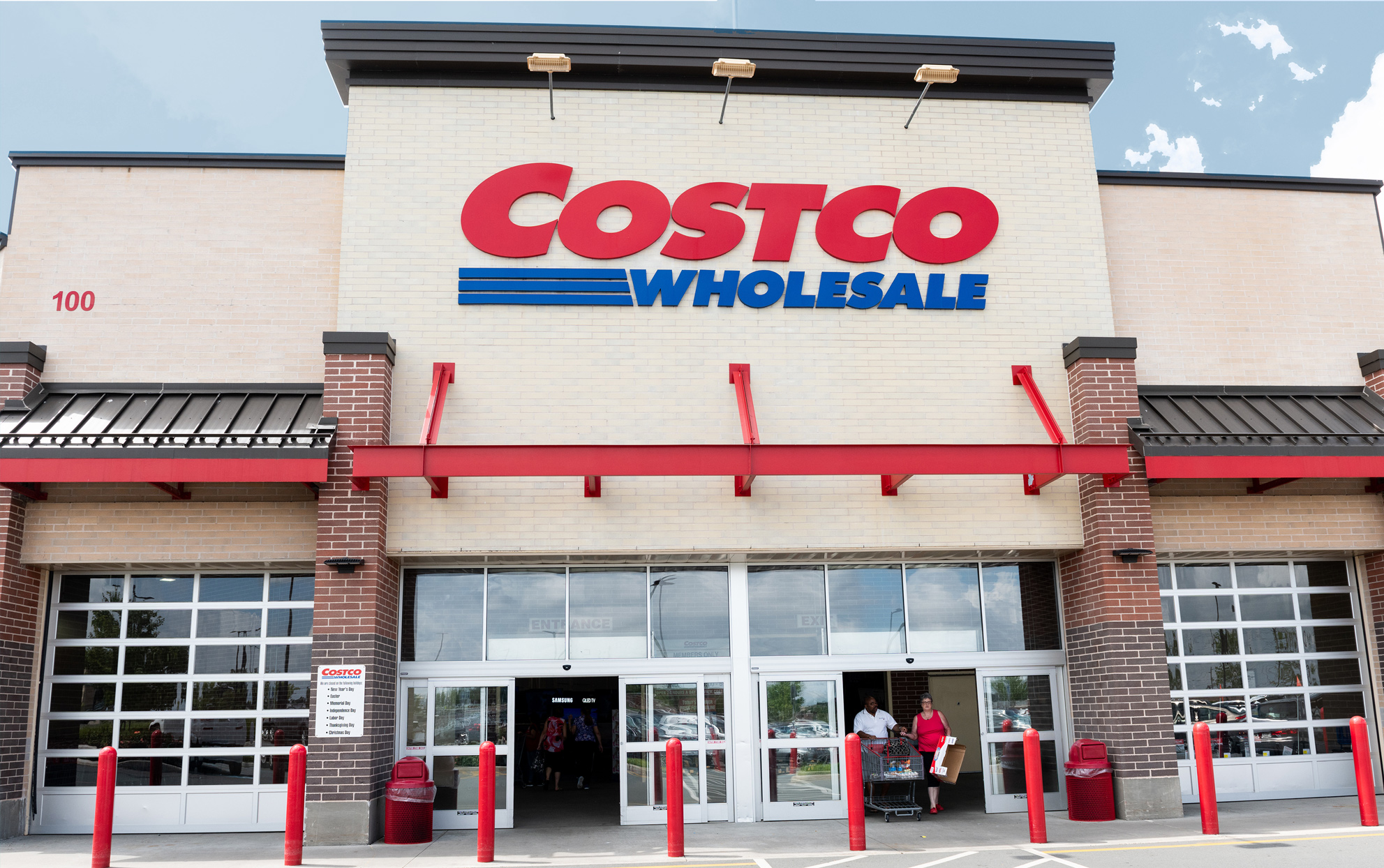 During these times of volatility, Costco Stock might be one of the most resilient business that Investors should consider owning. Lets take a deep dive to analyse this stock.

Costco, which just last week broke out to a new high above $600 per share, has been one of the market’s most resilient stocks. Given the twin headwinds of rising inflation and macro political events, many stocks’ prices have taken a beating.

However, Costco has seen a significant 60% gain in price over a 1 year period. At its present share price, the firm has a market capitalisation of ~$267 billion, which is at its all time-high. However, during such volatile and inflationary times, the firm is one of the few companies that may emerge ahead of the pack. This is thanks to the company’s willingness to absorb the initial inflationary effects. Hence this helps to further cement its image as one of the most cost-effective locations to buy wholesale. Hence, is this a good time to look into Costco stock due to its resiliency during such times of volatility?

The Price Club was the pioneer in warehouse club retailing and was founded in 1976 in San Diego. It started out firstly by serving only small businesses but soon realized a business opportunity for non-business members. With that change, the first Costco warehouse was founded in 1983 in Seattle by James Sinegal and Jeffrey Brotman. Eventually, in 1993, both The Price Club and Costco merged to form the Costco that we are familiar with today. As of March 2022, Costco has over 828 warehouses worldwide and generates billions in annual revenues.

Costco operates their membership warehouses and e-commerce websites on the concept of offering members low prices. These low prices are achieved through operating efficiencies from volume purchasing, efficient distribution and reduced merchandise handling. Their warehouses are stores themselves, thus developing a single-step distribution channel thus reducing distribution cost. Hence, the company is able to operate profitably at significantly lower gross margins than most other retailers. In addition, most of their ancillary businesses (E.g. Gasoline) operate nearby their warehouses to encourage members to shop more frequently. Lastly, Costco offers memberships for business and customers which is highly profitable and offers a constant revenue stream.

Costco is renowned for offering its customers wholesale items at unbeatable prices. This is because they purchased directly from manufacturers and delivered directly to their consolidation or warehouse locations. Through this streamlined logistics model, Costco is able to save a substantial amount in delivery and handling. In addition, Costco relies on fewer suppliers and requires lower inventory levels than other retailers. In comparison to most supermarkets, Costco only has 4,000 stock keeping units (SKUs) per warehouse. Similarly, Walmart and Target outlets on average store about 120,000 and 80,000 units respectively.  Less inventory levels enables pricing leverage for Costco because many suppliers are competing for limited shelf space. Hence, this translates to lower prices for customers due to its pricing power and lower inventory costs.

As of Feb 2022, Costco has a total of 114.8 million cardholders with 63.4 million being paid members. The current member renewal rate is 91% in the U.S and 89% worldwide. In 2021, the firm managed to increase membership prices by 9.5 percent, generating $3.9 billion in revenue. This may not seem a lot as it currently only accounts 2% of its total revenue of $196 billion. However, if we were to compare it with its net income, membership fees account for 77.4%.  Due to the recurring fees for its membership programs, investors of Costco can expect consistent cash flow and predictable sales. Lastly, Costco has managed to maintain its membership rates over the past decade clearly demonstrating that customers favor their services.

Kirkland Signature is Costco’s sole private label brand and is exclusive only to Costco warehouses. From diapers to tires to golf clubs, Kirkland aims to create cost efficiencies while providing quality products to their customers. This has helped Costco solidify its image as a value store with quality products and stand out against competitors. The brand has been very well-received and popular by its customers. In 2021, Kirkland Signature brand was estimated to bring in $59 billion in sales which is 31% of Costco’s total revenue. A key reason for its popularity is because Kirkland products are sold for at least 20% cheaper compared to other major brands in Costco warehouses. With such a strong price advantage and quality, Kirkland Signature is expected to perform well with Costco.

Costco currently operates their e-commerce websites in the U.S., Canada, U.K., Mexico, Korea, Taiwan, Japan, and Australia. The firm also saw an increase of 44% in e-commerce comparable sales in 2021. To help the e-commerce growth along, Costco acquired Innovel Solutions in mid-March 2020 for $1 billion. Innovel is a logistics firm that specialises in the storage, transportation, and delivery of “bulky” goods. According to Innovel, the corporation can reach “90% of the United States and Puerto Rico.” This makes it easier for Costco to transport huge things to customers, increasing the company’s ability to sell bulky items. Hence, with its e-commerce and logistic expansion, there is still a strong growth runway available for Costco.

For 2022, Costco has enormous expansion ambitions, including establishing 28 new shops and spending $4 billion on logistics and infrastructure. The firm has plans to open at least 25 new locations by 2022, including second warehouses in China and France, as well as a first store in New Zealand. Thus far, Costco’s international expansion has succeeded in ways that Target, Walmart and Tesco were unable to. Costco’s unorthodox strategies of memberships and bulk items sales has been widely popular with the international customers too. In 2019, Costco opened its first location in mainland China. The response was so good that the store had to close early on opening day due to 3 hour jams caused by crowds of shoppers. Hence, this is definitely an opportunity for Costco to expand and grow its business.

Costco’s business relies on member loyalty and growth. The extent to which the company expands its membership while maintaining high renewal rates directly impacts its profitability. To establish member loyalty, they must maintain consistent product quality, competitive pricing, and availability of Kirkland or other associated brands. Any harm to these brands or reputation may erode member trust, reduce renewal rates, thus affecting Costco financially.

Competition is a significant risk for Costco. Costco acknowledges that their sector is very competitive with price, quality, selection, convenience and customer service. Some of its competitors include Walmart, Target, Kroger, and Amazon. Currently, Costco still has an edge over its competitors due to its strong reputation for providing customers value. However, it waits to see if Costco can evolve to meet the ever changing needs of their customers.

Costco has plans to open new warehouses in new markets and countries. There are risks connected with new market entries, such as attracting members, unfamiliar with local preferences, and seasonal variations. The firm may also face competition from new competitors or existing competitors with established market presence. As a result, Costco cannot guarantee that new overseas warehouses will be successful and this may impact future profitability.

Costco started out with the United States consumers and business at its core. This explains why ~70% of Costco’s revenue still comes from the U.S.

When evaluating the financial state of a growing and value firm like Costco, we must assess key financial ratios such as Revenue Growth, P/S, P/E, Gross Margin%, Operating Margin%, and FCF.

Looking at Costco’s financials, its gross margin is maintained at about 13.5+%, its operating and free cash flow margin maintains at around 3%. An operating margin of more than 15% is regarded as good in most businesses as a rule of thumb. As a result, this demonstrates that Costco has been doing moderately alright financially.

Costco and its Kirkland brand have definitely evolved to become one of the benchmarks in the wholesale retail industry. Costco’s P/E ratio is 45.79x at a stock price of US$562 (as of 26 April 2022). This is relatively over-valued for an industry leader with slight room to grow. By 2025, the global retail industry market is predicted to increase at a 4% CAGR, reaching US$31.3 trillion. With strong growth in Ecommerce, Costco is poised to continue growing and be a key player in the foreseeable future. However, the Operating Margin and FCF% being so low is definitely a concern for investors. It waits to see if Costco can improve its margin in the future as the business continues to expand. Is Nike a good hedge in the current economic climate?

Key things to know before investing into Ascendas REIT

Is Apple Stock A Buy Or Sell After iPhone Maker’s Earnings Report?